It’s because Kaepernick is not a decent starting QB.

The Washington Post just published this piece about how cowardly the NFL is for it’s lack of interest in Colin Kaepernick. It cites his National Anthem protests as the reason why no teams are willing to give him a shot. And it calls him “without question, the most polarizing figure in sports today“. Which is complete bullshit.

Author John Feinstein says players involved in serious crimes are welcomed back onto teams. So, why shouldn’t Colin Kaepernick?

He notes that the Cowboys employed both Greg Hardy and Josh Brent after their respective offenses. Let’s be straight up: Jerry Jones is not a barometer for conscience and morality in the NFL. I’m sure even some Cowboys fans will agree with that sentiment. They brought on Greg Hardy because he’s a good Defensive End, and it’s hard to find star players at that position. That’s all Jerry Jones saw in that situation. His desire to win games and maintain the Cowboys’ profitability towers over any sense of morality. Josh Brent was convicted in 2014 for intoxicated manslaughter after causing a crash in 2012 that killed his passenger/teammate. He repented for his crime, carried out his sentence, and was publicly forgiven by the victim’s family. He was also punished by the league and suspended for nearly an entire season. Neither of these cases relate to Colin Kaepernick.

The comparison is apples and oranges. But it stirs up a lot of feelings and resentment and paints a broad picture of the NFL being a sinister corporation that supports violent criminals and alcoholics to win games, but shuns players over social issues. But guess what?

Kaepernick had the support of his team, the Niners.

He initially lost the starting job to Blaine Gabbert fair and square, but the Niners supported Kaepernick through his protests. Head Coach Chip Kelly stated that Kaepernick was clear and honest with the Niners’ front office from the beginning, and that it was never a distraction. At the end of the season, his teammates voted him as the winner of the Len Eshmont Award (traditonally the highest honor the Niners give, and it goes to the player who demonstrates the most courage that year). All these things sure sound like a guy being viewed as a liability, right?

Yeah, he went to the Super Bowl. But here’s the thing: Colin Kaepernick entered the NFL at a time when no one expected the type of college-style offense, featuring a mobile quarterback, that Jim Harbaugh ran that year. It was a very small window before defenses adapted to it, and it paid off at the time. But, Kaepernick almost immediately fell from Super Star to fringe starter. Injuries aside, it’s no coincidence that the same thing happened to Robert Griffin III, who entered the league just a season later. Or Tim Tebow, who was drafted just a season before. Kaepernick has wonky throwing mechanics that not even Kurt Warner could fix, and he’s not a game-managing quarterback. San Fransisco won one out of the eleven games he started in 2016. Games he was starting while protesting, by the way.

Oh, and Kaepernick also VOIDED HIS OWN FUCKING CONTRACT.

That’s the biggest point I can make here. It’s one everyone ignores or doesn’t realize, and the one with which I’ll wrap up this rant. Colin Kaepernick would likely still be on an NFL team going into the 2017 season if he hadn’t made the decision himself to void his contract. Kaepernick was already on a team that supported his protests, and he left of his own volition. Oh, and John Elway was interested in trading for him, but no agreement could be reached because Kaepernick refused to take a pay cut.

The Broncos ended up drafting Paxton Lynch instead. The Seattle Seahawks and the Baltimore Ravens both took an interest in him, but ended up passing.  That’s three solid teams – two of them recent Champions – kicking the tires on Kaepernick either after or amidst all of this “controversy”. This isn’t a man who’s being blacklisted by the league. He’s a man that, sadly, isn’t making the cut and also overvalues himself as a back-up Quarterback in the NFL.

So, let’s stop with all the click-baity bullshit calling every team in the NFL a bunch of racists and cowards for not signing him, okay?

What do YOU think about all this? Are you tired of sports journalists dragging this story around, or do you think the NFL really is wrong in this? Sound off below, or hit up the FORUMS! 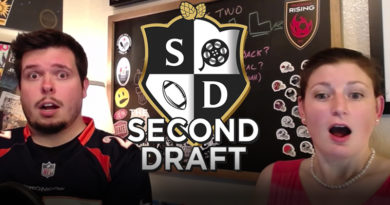 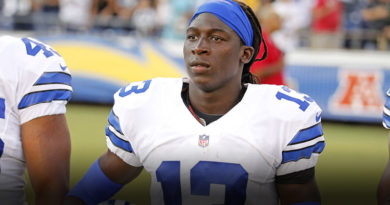 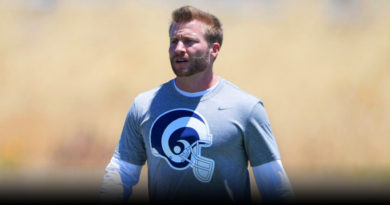