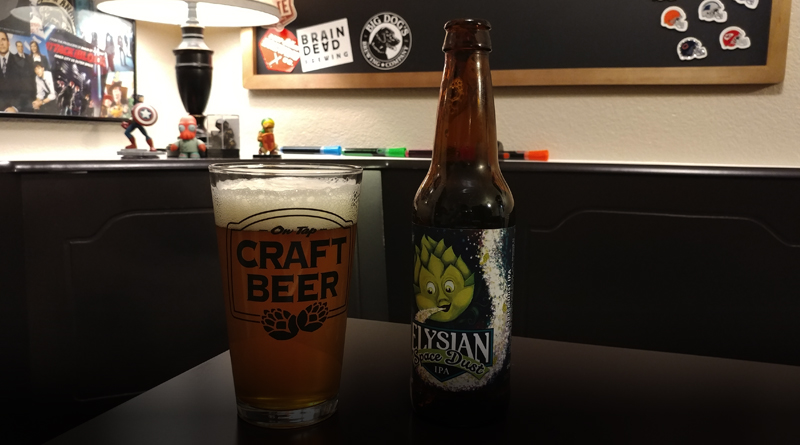 A very average beer born from an unfortunate trend.

The Space Dust comes from Elysian Brewing, based out of Capitol Hill district in Seattle, Washington. A reputable brewery, though part of the movement in recent years to sell the Anheuser-Busch beer conglomerate. Aside from that drama and the criticism they’ve received, they’re known for their IPAs, powered by world-renown Pacific Northwest hops. Poured into a pint glass from a bottle, the Space Dust produces about half a finger of white foam with a touch of tan coloring. The beer itself is just a little hazy, with a nice light golden hue. Not to much in the way of a bouquet, despite the use of both Citra and Amarillo hops. Overall, the presentation of the beer is nice, but nothing special. An even 70 out of 100.

So, how does the Space Dust taste?

Well, right away there’s something very off about this IPA. One would expect the Citra and Amarillo hops to produce a nice bitter, hoppy flavoring. However, the beer is actually rather sweet. Unpleasantly so. It’s hard to well whether the beer suffers its sweetness from the yeast or c-15 malt used, or not being allowed to ferment properly. It’s a terrible recent trend, though: IPAs being brewed overly-sweet either by accident, or in order to make them more palatable and sell-able. There’s also been a recent backlash against the movement towards bitter, hoppy craft beers. I wonder if the Space Dust is a casualty of this war.

Either way, the Space Dust suffers from a terribly imbalanced flavoring. What hoppy bitterness there is attempts to contest the overbearing sweetness of the beer, and the result is simply not pleasant. The beer also feels too light and lacks body. The estimated 73 IBU rating is arguable. I’d have to give the taste and experience a 60 out of 100, at best.

It’s an unfortunate brew for Elysian. As I said before, they were a reputable brewery with a passionate brewmaster who made the sudden decision to join Anheuser-Busch. Hopefully this review isn’t seen as punishment for that decision, but it’s hard not to wonder if the move affected the decision-making when it came time to craft the Space Dust. It’s a beer torn between worlds with an uncertain sense of identity and it doesn’t know what it wants to be. And unfortunately, it doesn’t exist enough in either world – sweet or bitter – to be one I can recommend. Out of a possible total score of 100, I give the Elysian Space Dust a 65.

Have you tried the Elysian Space Dust IPA? Let us know if you agree with the review in the comments below, or pour yourself a pint and join us in the FORUMS! 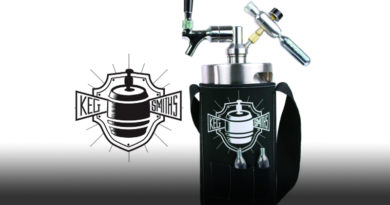 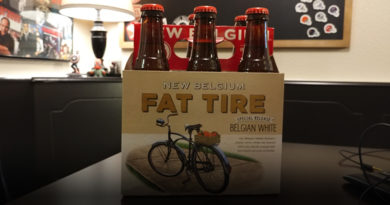 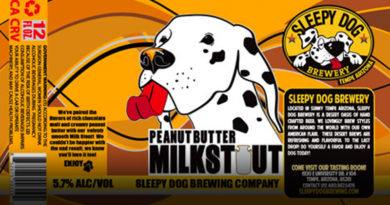