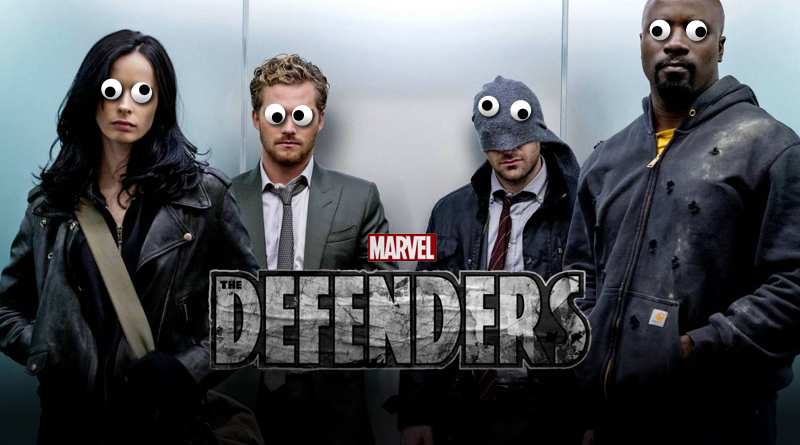 The Defenders has been a long time coming.

It all started with Daredevil, which launched in April 2015 on Netflix’s streaming service. Skepticism surrounded the production, as people still harbored less than fond memories of the Affleck movie. But those fears and hesitations were quelled, and the show turned out to be quite good. Actually, some would argue it was great. I might even place myself in that latter camp. The show had its faults, but overall it was a legitimate, and fitting adaptation of the character and got most things right. The cast – for the most part – was stellar, with Charlie Cox’s understated portrayal of Matt Murdock and Vincent D’Onofrio’s scenery-chewing, caged animal performance as Wilson Fisk leading the way.

It looked like show runner Drew Goddard had set a standard of quality for this shared universe similar to what Jon Favreau had achieved with the first Iron Man film. The idea of a shared television universe with the same respect and care given to Daredevil was worth getting excited over.

The second show in the Marvel TV universe wasn’t quite as good, but it still showed promise. It lacked focus, was saddled with lots of filler and featured a main character that quickly showed herself as being one note, despite the efforts of actress Krysten Ritter.

The show displayed a modest budget, a plot that could have been easily condensed to 8 episodes instead of 13, and overall was a decline in quality from Daredevil. Still, things were still looking positive. Perhaps the most positive aspect was a solid introduction to the star of the third Netflix Marvel series: Luke Cage!

Luke Cage’s appearances were a highlight of Jessica Jones’ first season, and his own series had a great teaser trailer. But the series itself was a sure indicator that Daredevil was the exception and not the rule. Lead by an incredibly affable Mike Colter in the lead role, the good will earned by Luke Cage’s first season more or less begins and ends with him.

The show suffered a revolving door of villains, each less compelling and interesting than the last, muddled motivations on the part of the hero, and a final stretch of episodes that dove steadily from weak to straight-up laughable. Season one of Luke Cage should have had teeth. It should have been compelling and interesting and lived up to the charisma and of its lead. Instead, it was flat, cheap-looking, and had nothing to say. But it was still better than what came after it…

The fucking mess that is Iron Fist.

This thing turned out so badly that the lead actor, Finn Jones, felt compelled to make excuses. He cited a rushed production, wherein he was given next to no time to learn the fight choreography. The writers really should have used that window to make the excuse that they had no time to write episodes, either. And the director should have claimed that no time was given to make a cohesive show that made sense and didn’t shit all over everything that came before it.

Iron Fist is terribly cheap-looking, poorly acted, and at the forefront of it all is a poorly-conceived protagonist. Danny Rand is supposed to be the preeminent martial artist in the Marvel Universe. He literally trained in heaven to become the best. And here, he gets his ass handed to him on a regular basis and bumbles through every challenge thrown his way — usually by The Hand.

Yeah, you remember The Hand, right?

The badass, secretive, cultish ninja organization that terrorized New York in Daredevil? Yeah, fuck that shit. Now it’s a whole bunch of different random organizations. One ran by Madame Gao – who was never a member of The Hand in Daredevil – and a dude named Bakuto who recruits wayward teenagers like the Foot Clan in Teenage Mutant Ninja Turtles: The Movie. And for some reason, the two different The Hands are at odds with each other.

Iron Fist isn’t content with just fucking itself up in a self-contained matter. It actually disregards the superior series that came before it. Drew Goddard and the folks who worked on Daredevil must have watched Iron Fist in pure disbelief over what they were seeing, and frustration in watching all the effort and care put into shaping the Marvel TV Universe unravel at a rapid pace.

And naturally, The Defenders picks up from Iron Fist’s storyline.

It’s just unfathomable. A superhero team-up years in the making, and you choose the weakest bit of universe building as the foundation. And unfortunately, those same weaknesses (along with the weaknesses of each of the other three series) all carry over into The Defenders. Produced on what looks on screen to be a shoestring budget, and a paper-thin reason for bringing the four heroes together, The Defenders never really does much beyond treading water.

It tries to raise the stakes by including Sigourney Weaver as yet another leader of the Hand. It reintroduces Daredevil’s former mentor, Stick as portrayed by Scott Glenn, as a driving force of the resistance. And tries to convince itself (seemingly more than us) into reasoning for why there are so many leaders of the Hand, but nothing sticks. Once the series comes full circle and the plot shifts to a more Daredevil-centric story, it just feels insulting at that point. All the mystery, intrigue and threat surrounding the Hand and their operations in Daredevil is completely deflated into ABC Family-level silliness. We simply don’t care about the threat presented by these villains. And without any real threat or reason for the heroes to come together, we don’t really care about that, either.

The cast tries their best, though.

Everyone except Finn Jones who’s out of his depth and doesn’t really seem to grasp Iron Fist as a character. But that’s more the fault of the writers and directors. Charlie Cox does most of the heavy lifting, but the subject matter and dialogue is beneath him. Mike Colter might be the cast’s MVP, but he’s relegated to being the strong man and bulletproof cover for the others. The writers clearly had no idea what to do with Jessica Jones here, and Krysten Ritter herself seems bored as fuck just spouting off snarky half-baked one-liners and looking disinterested.

The show can be summed up in one annoying production choice.

And that’s the color-coding of scenes as each hero appears in them. It’s a cheap, lame and distracting gimmick that kind of ends up being the show’s signature and indicator of quality. Whenever Jessica Jones is alone in a scene, everything is coded in an icy blue. Every Luke Cage scene is a sharp contrasting yellow. Murdock/Daredevil scenes are basked in blood red and Iron Fist scenes are some kind of… murky green. So, everything in the show is taking place in the same span of about a week, yet Jones’ scenes feel like the dead of winter while Cage’s invoke a summery feel. It’s jarring, and the show finds itself horribly clever with it.

And then the characters come together, and it gets even more dumb.

There had to have been a meeting where the art director pitched the color coding idea and someone said “That’s fucking brilliant! Let’s do it! But what do we do when all the characters start joining up?” and the art director said “Uh… fuck, I dunno.” So they squeeze each of the four colors into a scene any way they can. At one point, Jessica Jones is locked up in a blue police interrogation room. Matt Murdock bursts through a red door and he’s holding a red folder because why the fuck not. I’m sure there’ll be a Blu-ray commentary track where someone proudly points out every shitty use of color.

Basically, The Defenders is not good.

It’s really not. Place it comfortably among mild, inoffensive and unchallenging network fare like Agents of SHIELD or Gotham. It’s strange how this entire ambitious project gradated swiftly and evenly downward in quality. Starting with the high bar of Daredevil and into the dreck that is Iron Fist. Then into whatever the Defenders ended up being. It’s a damn shame too because I really grew to become interested in The Hand. Their ability to come back from the dead, and their giant hole in the ground. And now, I wish those questions had never been answered. Or were at least answered by someone who gave a damn.

What did you think of The Defenders?

Do you think my review is on the mark, or am I totally wrong? Let me have it in the comments below, or join up on our swanky FORUMS! 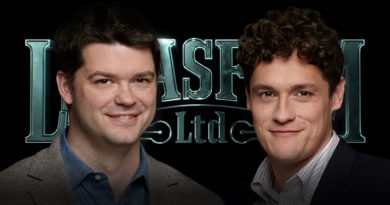 What’s The Deal With Lucasfilm? 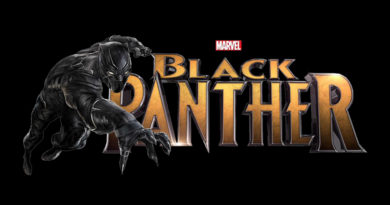 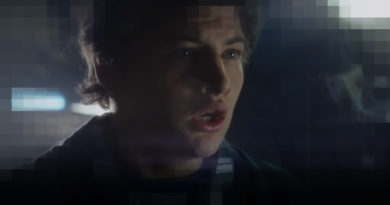 8-bit Breakdown of Ready Player One the Movie